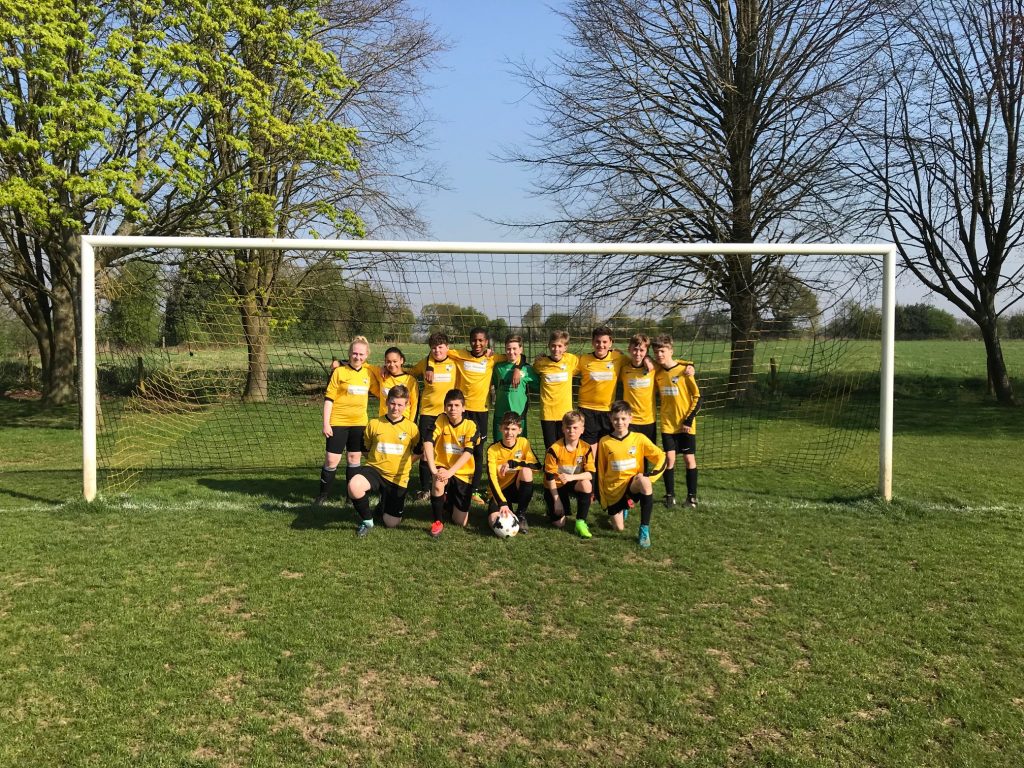 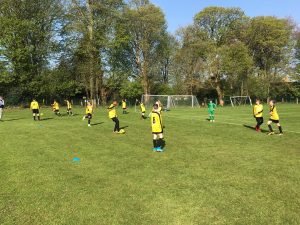 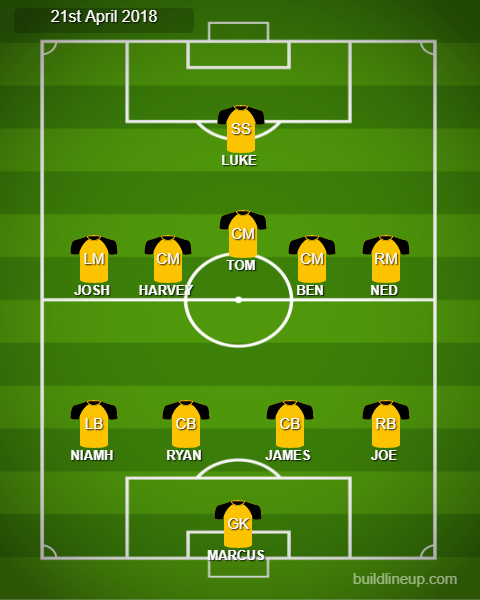 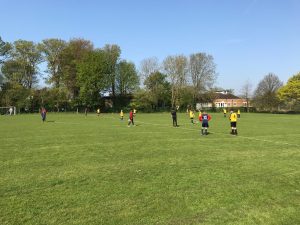 FIRST HALF – WH KO
– Clearance falls to AFC who attack down the right wing goes out for goal kick
– Marcus’ goal kick finds its way through to Ned who beats the offside trap for 1 on 1 with keeper who makes a great save
– Attack by AFC is intercepted by Ryan who makes a great diagonal run forward. Passes to Ned who crosses into box. Harvey just misses – great counter by WH.
– 5 mins of midfield action but no real threats from either team
– Attack by WH is broken down by AFC who counter attack with their forward through on goal. Marcus makes a great save for a corner
– A lot of pressure from AFC in WH area with a shot just going wide
– Ball with AFC defenders…Ben pressurises and forces a mistake but ball goes out for a goal kick. WH definitely up for this
– Great attack from Luke who is taken wide by defence. Shot is just saved and goes out for a corner
– Build up on the left is crossed in but Harvey is pressured by defence and just shoots wide
– AFC attack and the ball manages to bounce kindly for their forward who just shoots wide
– AFC free kick in WH half is dealt with by defence James and Joe
– Josh is fouled 30 yards out. WH free kick. Tom takes – goes over for a goal kick
– SUB Ross on for Josh
– Continuous pressure from WH in the AFC half
– Attack from AFC via their midfield is deflected out for a corner which is subsequently headed out by Ryan
– SUB Connor on for Niamh, Jocelyn for Luke
– Great skill by Ryan in defence who passes to Ross down the left wing to increase the pressure on their back 4
– GOAL 0-1 Great ball forward from their defence that is picked up by their forward who shoots across the goal and scores
– GOAL 1-1 straight from the off the ball is played down the right wing. Ned passes back to Tom, 25 yards out who shoots first time to beat the keeper.
– GOAL 1-2 Tom is brought down but ref plays on, forward ball played to their forward who makes it 2
– So close! Ned on the left wing crosses into the box – Ross just misses
– AFC beat our defence to have a 1 on 1 chance but Marcus makes a great, brave stop
HALF TIME
– SUBS Josh an for Tom, Niamh on for Ned, Luke on for Harvey

SECOND HALF – AFC KO
– SUB Injury forces Luke to come off. Ned replaces
– Great play by Ryan who skips past 3 and passes to Ned who continues the forward momentum to Niamh who just misses
– Ryan is having a great battle with their forward, and coming out on top
– AFC corner is cleared out of the box but only as far as midfield. Subsequent AFC attack draws a free kick on the left wing.
– Lots of pressure by WH following a throw in deep in AFC half. Ball rebounds around and is cleared to Ryan 40 yards out who controls and shoots just over. What an effort
– WH corner. Ball drops to Ross on edge of the box who shoots just wide
– SUB Harvey on for James
– Skilful play down the left wing by Connor who passes 2 players but shot just out for a goal kick
– GOAL 2-2 Pressure down the right wing and a great 1-2 between Ryan and Ben. Ryan passes to Ned in the box who passes back to Ryan’s continues run into the box. Shoots and scores across the goal into the bottom left. Game On!
– Attack by AFC. Forward picks up the ball on the by line and passes back to an unmarked played on the edge of the box who shoots just over.
– Lot of pressure from AFC, but Joe, Ryan, Niamh and Harvey are doing a great job at the back. Goal kick to WH is picked up by AFC which results in build-up and shot just wide of the post
– More pressure by AFC and a corner. Corner is just cleared after a bit of pinball in the box
– Ball is fed to Josh from Ned. Josh dribbles past a player and just about to shoot but loses it to defence
– GOAL 3-2 Ball falls to Ryan 35 yards out who shoots first time. Keeper spills and Ned pounces to slot home.
– SUB James on for Ben
– Corner to AFC is cleared but a lot of pressure by AFC is asking questions of our defence, who have the answers. Marcus collects the ball and cleverly waits to calm down the play. Goal kick is the last action of the game.
FULL TIME

MAN OF THE MATCH – RYAN 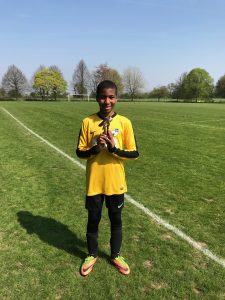 I am really proud of the way the team played this Saturday and the way they responded to the half time team talk! To be fair to them all I put the outfield players under a bit of pressure to deliver in the second half, we couldn’t continue to be second to the ball and give possession away so easily. We played a difficult side who presented a number of different challenges and we came out on top – this was due to the grit and determination shown be all our players.

The conditions on the day, while the same for both teams, were not conducive to helping concentration levels but our team held fast in the face of some quite unpleasant provocation – this is a credit to themselves, they should take pride this accomplishment. I think I can say without fear of contradiction that all WHFC parents were very proud of how the team performed on Saturday.

Going forward I would like all the players to start our training sessions and Saturday games with the mind-set they finished this game with!

To quote Tina Turner, they were ‘Simply the Best!’